Prune Juice for Constipation (and 4 Other Natural Remedies)

Everyone knows that prunes are known to have a laxative effect. But what about prune juice for constipation? Is it equally as effective?

Why Prune Juice Helps with Constipation

Years ago when I was in charge of dietary departments for institutions such as nursing homes, we frequently had a small four-ounce glass of prune juice on the breakfast tray. Prunes are great for seniors.

Whether residents were eating a freshly prepared omelette, oatmeal, pancakes/waffles, or steak, eggs and potatoes, they were encouraged to drink prune juice or eat four prunes in a small dish. Part of the government foods we received were prunes (dehydrated plums). We purchased the prune juice separately.

Prune fiber and sorbitol are two reasons why prune juice could help get your bowels moving. The prune fiber may still be in the prune juice, which always helps the GI tract move its contents along the way. However, check the label of whatever brand you purchase because not all manufacturers will put the fiber back into the juice. Often, the fiber is filtered out. Without the fiber, the juice could affect your blood sugar levels negatively. Dried prunes usually contain about 6.1 grams of dietary fiber for 10-12 prunes.

Secondly, sorbitol is found naturally in prune juice, which can soften the stool so bowel movements won’t be hard and have to be pushed with effort. All the extra pushing contributes to hemorrhoids, which can lead to stress, and that may become a whole new health problem. There are other compounds found in prune juice that are called phenols which are also effective as a laxative.

And thirdly, the vitamin C can help improve colon function and immunity of this area of the body.

Other Benefits of Plums and Prunes

Plums and prune juice are good sources of vitamin K1, boron, copper, and potassium. Other compounds found in plums act as antibacterial agents in the GI and urinary tract. Prunes and prune juice have also been studied 24 times and found to enhance bone formation while inhibiting the breakdown of bone, an incredibly good benefit for those who are in their elder years.

One 2016 study at San Diego State University tested the addition of 5 to 6 dried plums eaten daily on 48 women with low bone density for six months. The plums prevented the loss of total body bone mineral density.

One 2010 Pakistan study showed a positive effect of prune juice lowering blood pressure by a single dose of prunes daily for 8 weeks. The dosage given was 3 or 6 prunes soaked in water overnight with the liquid consumed the next morning.

Another Pakistan study in the same year found that 3 prunes soaked in water with the liquid consumed the next morning improved liver function, reducing serum alkaline phosphatase and serum alanine transaminase

A University of California Davis study found that 41 men who ate 12 prunes daily for 8 weeks lowered their LDL-cholesterol levels significantly. Their stool weight was 20% greater while they ate prunes as well.

The Studies on Prune Juice for Constipation

One scientific review of several studies on prune juice found that 3 weeks of consuming 100 grams of prunes per day improved the number of times someone had a bowel movement. But don’t worry; it wasn’t a crazy increase in the number, only one additional time daily.

The stools were better formed in consistency, especially when compared with psyllium. This was what was found in those who were already constipated.

And in those who weren’t constipated, prunes softened the stools and increased the weight of the stool by at least 100 grams.

How Fast Will Prune Juice Work?

Prune juices inconsistently caused watery stool in their testing whereas it was the sorbitol itself that caused the diarrhea for five to six hours. However, they don’t mention how long it took before the release of the bowel movements.

The quantities to strive for are those that will work for you. If you follow the research studies, 4-5 prunes soaked in water works for constipation in most cases. Start there and adjust upward or downward depending on how prunes impact your body.

Using my experience as a dietitian/dietary supervisor for nursing homes, the amount would be 3-4 prunes (soaked in hot water or cold water), which will provide about 50 grams prunes. This amount will work for most people. You could raise this amount to double that for those who are over 5’8” and over 180 lbs.

How Much Prune Juice to Drink

Over the years, I’ve noticed that the manufacturers are watering down the prune juice a lot! Thus brands such as Sunsweet Amazon Prune Juice 64 oz (with pulp) gives you 5 grams fiber per serving compared to the one that doesn’t say “with pulp.” The one without the pulp is only 4 grams fiber. The serving size is 8 ounces and it provides 150 calories.

In the 1980 there was a classic study done on one natural remedy for constipation – bran fiber. The study was done on the elderly residents of Essex County Geriatric Center in New Jersey. They were given hot breakfast cereal with bran added and the total fiber content was 6-8 grams total instead of 4-6 grams without the fiber.

This small amount of fiber was effective in preventing constipation in 60% of the residents even though many of them had previously required laxatives. Other fiber supplementation plans were created for those who did not respond to the cereal supplement or who required nasogastric feedings.

In the year after they started this, the use of laxatives was virtually eliminated. The institution saved $44,000 in costs for laxative drugs. Prune juice with the fiber was used for some of the residents.

Here is a list of other remedies you can use for constipation, either along with or by themselves.

Magnesium can help you poop. Try 400 to 500 mg magnesium once daily. Most elderly are deficient in this mineral and it does wonders to open up the colon. There are many forms on the market – magnesium citrate, magnesium oxide, magnesium lactate, Magnesium malate, magnesium glycinate, magnesium orotate and magnesium taurate don’t have much effect on constipation but may make a difference on heart health, anxiety or depression. 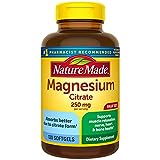 This supplement was developed to “clean out” the cells of the lower bowel so they can operate more efficiently. It takes about 6 weeks minimum to have optimal lower bowel function – going to the restroom and having a bowel movement after every meal of the day.

However, in those who are constipated most of the time or who have one bowel movement every week, the process can take up to six months. These capsules are taken at the dose of 1 to 2 capsules after every meal for the six weeks, and then decreased by one capsule every three days to see if the colon function that was re-established was retained. If not, then the capsule is added back into the plan for another two weeks and the decrease attempted again.

This herbal formula contains the herb cascara sagrada which is known for its laxative effects and colon restoration properties. The additional herbs in the formula are there to prevent cramping that is common if cascara sagrada is used by itself.

Senna is an herb that has laxative actions, greater than with cascara sagrada. However, taking it by itself is not smart; it needs something to smooth out the cramps in the lower bowel that may occur with its consumption. The combination of senna and peppermint herbs is usually at a 1:1 ratio and the herbs are added to hot boiling water to steep before consumption. The tea should not be drunk fast. The effects on the colon will usually come fast, and there is not much warning time.

By increasing the foods that are high fiber in the diet, you can often beat constipation without having to add much more than prunes/prune juice. However, you will have to make sure your fiber intake is 30-35 grams daily. The best foods for this would be from this chart:

You can beat constipation. You just have to put your mind to it and get to work.

BMI in Seniors – Why It Is Different

Rapid Aging After Hysterectomy – What to Know