If you’ve ever had hemorrhoids, you aren’t alone. It’s estimated that at least 8% will have hemorrhoids in the United States. Let’s look at the connection between hemorrhoids and stress and then examine, from an alternative medicine perspective, what can be done about it.

Stress can be a contributing factor to hemorrhoids, but the actual hemorrhoid occurs when there’s trauma during a bowel movement with the passage of hard stools or diarrhea.

In one study, hard fecal “rocks,” taking more than 5 minutes to have a bowel movement, frequent straining during defecation, and frequent spice intake were the most commonly rated associations to those with hemorrhoids. Anxiety and stress connections weren’t found except in one study where almost half of the patients with hemorrhoids had a risk for anxiety.

So, if stress wasn’t the cause of hemorrhoids, what was?

This is where you need some background information. For the last 100 years, we have all been sitting on a pedestal toilet. The study indicated:

A squat toilet (also known as a squatting toilet) is a toilet used by squatting, rather than sitting. The traditional posture for defecation was squatting, and this method continues to be used by most of the world’s population. The posture for defecation has been changed by Western industrialization. The use of the pedestal toilet with a sitting position has been common in Europe and other places for the last 100 hundred years (10, 11). There are many proposed advantages for squatting during defecation. Squatting makes elimination faster, easier, and more complete

Straining is one of the worst things for colon health. If you strain at the stool, you can end up having trauma to the anus. And that might lead to surgery.

And why do people strain? For these reasons:

What Alternative Medicine Says about Hemorrhoids

Here’s where you need the background of alternative medicine to fill in the gaps where medicine left off. Interestingly, in the ‘old days,’ nurses had to clean out every patient’s colon with a colonic before surgery. Colonics were required because it reduced the chances of infection after the surgery.

Since the colon has the highest concentration of flora in the body, having the wrong flora would set up the person for the infection to take hold in the body. And really, now that we know that every dose of antibiotic results in killing all the good flora species that have not returned a year later, we can also surmise that the colon would be teeming with all types of ‘bad’ disease-causing infections, and this would be a potential cause of infections.

Alternative medicine gets rid of hemorrhoids by addressing the real cause: faulty colon function. This can result from pain killer medications that slow down the colon almost to a halt. Chronic constipation is a BIG problem with opioids.

The GI tract is supposed to move after every meal you eat. If it doesn’t, this is essentially constipation. Constipation then makes it more difficult for the bowel movement to come out. And that causes straining, which can burst one of the blood vessels in the anus and presto, you have a hemorrhoid.

Not enough water is a big cause for hemorrhoids. The colon needs water as much as a fish needs water to survive. Water hydrates the colon so things can move through it. In fact, to restore colon function, starting with drinking a quart of water in the morning during the first half hour you are awake will make a huge difference.

Adequate water intake will rehydrate some of the hard impacted bowel contents. It will also make it easier for the stool to pass. And that means less chance of developing or aggravating hemorrhoids. Seniors that struggle to take enough water in should consider thick water if swallowing is a problem or alternative ways to encourage hydration.

Another thing to consider for hemorrhoids is the actual tissue that makes up the GI tract. This tissue is called mucosal tissue. Some doctors say that aging causes degeneration to the tissues, but in reality, it’s a loss of the structural components of that tissue that is the problem.

Was there enough vitamin A? This vitamin is critical to rebuilding mucosal membranes everywhere in the body, including the GI tract and lungs.

Was there enough dietary silica? Silica content of soils has decreased drastically over the decades, and as a result, foods are low in it. Yet silica has the ability to strengthen every  connective tissue in the body, and mucosal tissues are part of the connective tissues. 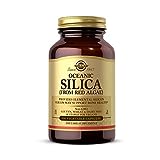 I’ve found myself in practice that giving patients edible diatomaceous earth for hemorrhoids and even colon polyps clears them out of the colon. However, of course, every patient’s needs and instructions are different since every patient is unique.

Was the person’s vitamin D levels high enough? There is some research now that suggests that higher levels of vitamin D is what starts the whole body to repair itself (including hemorrhoids). 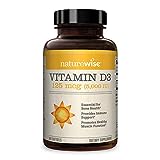 Actually, the only thing that needs to be considered is if the high levels are making the calcium levels go high in the blood. That’s a problem and it means that there wasn’t enough magnesium, or boron or zinc to prevent that from happening.

The nutrients work together in the body, and if you don’t understand the relationships between them, you will always choose a medication rather than the true natural remedy that corrects the situation.

Fiber is a natural healing remedy for hemorrhoids. If you have hemorrhoids, the chances are good that you simply don’t eat enough fiber. Get with your nutritionist and correct this. Then go farther because fiber alone won’t eliminate or reverse hemorrhoids.

For decades, Dr. John Christopher, founder of the School of Natural Healing in Springville, Utah, worked with hundreds of hemorrhoid patients, reversing some of the worst cases where hemorrhoids were falling out of the person’s rectum. When he gave a protocol for the patient to nourish those tissues, the tissues snapped back into place. Of course it took a few months for healing to occur.

Instructions: This is made into a concentrated tea. So you might start with 1 gallon of water and all those herbs in it, then brew it up with a lid on it on slow heat until the water reduces to 2 quarts. Inject a cup with a syringe into the rectum. It’s best of course to do this if you’re on a slant board in the tub with your head down so that the tea will stay on the area and start working.

Leave it in as long as possible before voiding. You can drink ¼ cup of the concentrated tea, diluted in ¾ cup distilled water three times a day as well. Or simply encapsulate the herbs and take 2 capsules three times a day.

I’ve done a shorter version for a protocol. The primary herbs used for healing hemorrhoids were slippery elm, cayenne pepper, and diatomaceous earth.

Still, we indicated that stress can be a contributing factor to hemorrhoids, and if you have high stress levels in your life and you’re suffering from hemorrhoids, you should also address that stress.

The National Alliance on Mental Illness suggests ways to address stress. These include relaxing, exercising, eating well, getting enough sleep, and talking to someone (among others). It’s this latter point that we should focus on here, because the actual type of stress is what should drive the methods to address.

If your stress is so bad that it’s impacting your physical health, and having stress with hemorrhoids is an indication of this, then you should seek professional help. Talk to your doctor about your mental health and ways to improve it. This is the only way to make sure you’re on a path to mental and physical recovery.

Know we aren’t giving medical advice here. We’re simply sharing what has worked in the past. All natural remedies should be monitored by a qualified alternative healthcare professional who has used them before.

Remember, every patient is unique and needs unique help. Is there a problem with hemorrhoids and stress? Sure, but the stress comes from the hemorrhoids – or from the constipation.

Texas vs Florida – Which is Better for Retirement?