10 Best Board Games for Grandchildren

In today’s world of video games and electronics, getting board games for grandchildren instead is a great way to make interactive memories and have some old school fun. There are many benefits to playing board games with kids, and grandparents can capitalize on this by direct engagement through gameplay.

The relationship between grandparents and grandchildren is one of the most unique. Parents love their children, of course, but they also discipline and curtail their behavior. Grandparents provide unconditional love in addition to contributing to the family history.

Children with a strong grandparental bond tend to feel more secure, develop great self-confidence, and have better social skills than those that don’t.

We are all familiar with psychologists who have grown wealthy on dysfunctional parent/child relationships. The same cannot be said for grandparents and grandchildren. This relationship is built on little else than love and respect and benefits both parties.

Grandparents remain active and in touch by being around their grandchildren, while grandchildren experience the blessing of unconditional acceptance.

It’s difficult to believe that just two or so generations ago, children actually grew up with family. Daycare centers were almost unheard of. Now, adults are busy and can barely find the time to taxi the kids to their ever-growing after-school activities. And the more activities, the less time is being spent with family. Family time has never been more difficult to achieve and has never been more important.

One of the great ways for grandparents and grandchildren to spend time together is my playing boardgames. This usually involves sitting down without outside interruptions (the chances of grandma checking Facebook are rare.) That in itself is a rarity these days.

Not everyone can win. We play by the rules. These are important life lessons grandparents can teach their grandchildren through boardgames. Knowing how to play be the rules is a lesson the grandchild can apply every day.

Each boardgame is different and requires a different approach. This provides an opportunity to grandchildren to learn while grandparent keep their cognitive skills honed. One added benefit is that is keeps the grandchildren away from social media, at least for a period of time.

Finding The Time To Play Boardgames

Discuss available times and agree on a time each week. It is important that both parties agree to get together. It helps to play games that interest the grandchildren. It may be best to begin with tried and true favorites such as Monopoly and Sorry.

What Grandparents Can Teach Grandchildren

The relationship between your child and their grandparents plays an important part in developing who your child is. Grandparents are not only a blessing but are always there with an outpouring of love, support, wisdom, and guidance. Whether they are involved as the child’s guardian, a babysitter when the parents need a break, or a soundboard when Mom and Dad have questions about parenting challenges.

For children fortunate enough to have grandparents, there are untold benefits that they would not find with anyone else (parents included).

Grandparents have the time to teach a variety of life skills, from cooking to baking, to how to handle an allowance. Grandparents may not be up-to-date, but they certainly be on-point. As a rule, grandparents teach social skills  by example. Their behavior helps the grandchildren with conflict resolution (which ultimately is helping in playing boardgames),

Today’s grandchildren live in an “instant” world. They want what they want now. Grandparents can teach the critical lesson of patience. They have raised their own children and are also irreplaceable teachers of morals (say ‘thank you.’) and how to handle playground bullies. Grandparents were raised during a period when manners and politeness where a social given.

Grandparents provide a historical family link. They teach family history and about how they came to be in the first place. They can speak about family triumphs and defeats. These are invaluable stories that help grandchildren form their identity.

These are fascinating stories that involve personal interaction between grandparents and grandchildren instead of simply sitting in front of the television set. In many families, extended family, such as cousins, aunt, uncles, etc. interact only because of the grandparents.

So, are you ready to have some direct time with your grandchildren? Here are our recommendations on some of the best board games for grandchildren.

Board Games for Grandchildren Ages 3-5 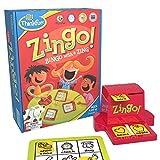 ThinkFun Zingo Bingo Award Winning Preschool Game for Pre-Readers and Early Readers Age 4 and Up - One of the Most Popular Board Games for Boys and Girls and their Parents, Amazon Exclusive Version
$23.99
Buy on Amazon

This is a very popular game for preschoolers. They can hold the cards in their hands easily, and the picture/word combination is perfect for children learning how to read, and still helps them improve this critical thinking skills and vocabulary. 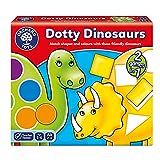 Race To The Treasure 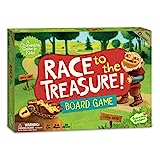 Peaceable Kingdom Race to the Treasure! Beat the Ogre Cooperative Game for Kids
$16.00
Buy on Amazon

The object of the game is to beat the ogre to the treasure. The players work together instead of against each other. They roll the dice and take turns developing paths to the key. The children need to think and strategize to stay ahead of the ogre by drawing less ogre cards and consider their options. Teaches strategic thinking.

Board Games For Children 6 to 10

This retro game will bring back memories for the grandparents, who surely remember Colonel Mustard in the library. This is the type of game that makes everyone agree to turn off the television. The gameboard itself is the mansion which holds the clues to the six characters. 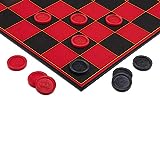 Checkers Board for Kids– Fun Checkerboard Game for Boys and Girls - Interlocking Checkers with Foldable Heavy Duty Board by Point Games
$14.99
Buy on Amazon

This great game teaches children to think strategically and helps them improve their motor skills as they move pieces around the board.

The Game of Life Jr. 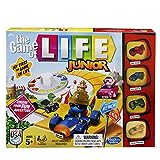 The beauty of The Game of Life is that it teaches children entirely new concepts, from jobs to insurance as game pieces are moved on the board. This junior version has colorful rides and provides the children with plenty of adventures in places such as the Chocolate Factory. The tokens are small cars, so the players are literally “driving” through life. If your children are breezing through the Junior version, get the regular version. 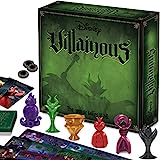 Ravensburger Disney Villainous Strategy Board Game for Age 10 & Up - 2019 TOTY Game of The Year Award Winner
$34.97
Buy on Amazon

All the characters in this game are familiar – some you love to hate, and some you just love, such as Peter Pan. It’s like visiting with old friends. The game is perfect for anyone over the age of ten, but especially for Disney fans. The villains need to defeat Peter Pan. The fun is all in the battle of good vs. evil. Protagonist players accumulate allies while the villainous players must accomplish the goals of the villains while stopping other villains. As an aside, there are other games in the Villainous category of boardgames.

This is a fun adventure game with dragons, ogres, and goblins. Your adventures are determined by your cards, such as screaming at a troll and hitting a dragon. Strategy is everything in winning this game. All the villainous creatures need a different number of card combinations to be defeated. This requires considerable thinking on the part of a ten-year-old. Grandparents and grandchildren alike should have fun bashing the evil ones.

The boardgame is similar to the original digital game. All the familiar characters are present. Players collect weapons and blocks and build them into different structures. But the “mob” will interfere.

These days, there are a choice of monopoly games, from Banker’s Monopoly to Game of Throne Monopoly. The grandparents can choose which one they prefer, but most people agree the original is still the best.

Monopoly is all about accumulating money and beating opponents by buying property or charging rent. It’s all a great deal of fun. And it teaches children how to think strategically and also how to win graciously.

How Boardgames with Grandchildren Benefits Grandparents

We have how the presence of grandparents adds immeasurable benefit to the lives of grandchildren. What may not be as obvious is how grandparents benefit from being around their grandchild and engage in activities such as boardgames.

The major benefits reaped by grandparents are health benefits. Studies have found that grandparents who spent time caring for grandchildren or simply spend time with them a minimum of a day each week shows improved cognitive performance. Spending a day or so a week with the grandchildren also lessens the chances of grandparents suffering from Alzheimer’s disease.

Interestingly, these same studies found that if the grandparents spent four to five days with the grandchildren, they began to suffer more stress instead of relaxation. A possible reason for this may be that by spending such a great deal of time with the grandchildren, they take on a stressful parental role. The takeaway lesson appears to be that the quality of the time spent together, i.e., fun and relaxed, benefits both parties.

Of course, grandparents themselves can also benefit from the mental stimulation of activities and games, particularly when the grandchildren are older and capable for more involved games.

The director of the study concluded, “Most of us have been raised to believe that the way to show respect to older family members is to be solicitous and to take care of their every need. But all people benefit from feeling needed, worthwhile, and independent. In other words, let granddad write you a check on your birthday, even if he’s on Social Security and you’ve held a real job for years now.”

Conclusion: The time grandparents and grandchildren spend together in invaluable to both of them. They are able to learn from each other and develop a unique bond. Playing boardgames together is one of the best ways to spend that time. Both parties can have fun, learn, and enjoy one of life’s most precious gifts: unconditional love and acceptance.

Granny Dating – How to Get Started

How to Get a Parent to Stop Driving