Getting tonsils removed in adults is much less common than having them removed in children. There are reasons why tonsils might have to come out in our later years, however.

When you were really young but just past diaper age, you may have had problems where your tonsils enlarged over and over again. This is called tonsillitis.

Symptoms of enlarged and inflamed tonsils include the following:

The medical treatment for tonsillitis is to remove the tonsils, a surgical procedure called tonsillectomy. It’s a pretty simple type of surgery where the tonsils are simply snipped off. Since the tonsils are easily accessible to the surgeon’s knife, they are cut off.

Interestingly, many health professionals might take a different approach to inflamed tonsils these days. Their approach would be to look for the cause of the inflammation. They believe that every part of the body has a specific function and is meant to be intact on/in the body. Their ideas are that just because inflammation is in a certain part of the body or a part is diseased, it doesn’t mean that the body part should be cut off.

Two of the most common causes of tonsillitis are viral infection and bacterial infection.

Treating the viral or bacterial infection with antioxidants is a strategy that makes a lot of sense to alternative medicine practitioners. Vitamin C is well known for its anti-viral properties and vitamin A has a function for protecting the mucous membranes from inflaming and breaking down from infection. Vitamin A and Vitamin C work together along with vitamin E so vitamin E should also be given simultaneously.

One of the bacteria that commonly causes tonsilitis is Streptococcus. This bacterium responds well to higher levels of vitamin A.

Other nutrients that affect the immune system positively are zinc and selenium. Not all complementary medicine protocols will include them, but they round out the ability of the body to boost immunity.

Tonsillitis happens in adults as well.

Most people think that tonsillitis only happens to children, but it happens to adults as well. When you remember the cause of tonsillitis – a viral or bacterial infection, you can understand how it’s possible for an adult to also have tonsillitis.

Does Quality of Life Improve in Adults After a Tonsillectomy?

There certainly are times where a tonsillectomy is needed. However, surgery doesn’t always ‘cure’ a health problem. And sometimes there are side effects that are worse than the surgery itself.

If an elderly person needs a tonsillectomy, will it improve their life?

Doctors in London examined eight different studies on the topic and found that most likely the overall quality of life was improved by the surgery. It improved their physical and general health.

They didn’t find any social benefits. The effects were long-lasting and had the greatest impact on those who were younger.

What are the Risks of a Tonsillectomy?

The risks of different types of surgeries are always a topic of interest for researchers – and patients alike. Tonsillectomy – tonsils removed in adults is no exception.

In Spain, doctors reported on the most common side effects in adults who had a tonsillectomy. They found that 5.21% of the 326 patients had bleeding which needed an additional surgery in 76% of the patients.

The patients had an average hospital stay of 2.17 days. The recovery time is at least 10 days.

It appears that there are no super high risks of tonsils being removed – unless the tonsils had a specific function in the body. Then when they are removed, the body is unable to perform that function. And unfortunately, tests measuring immune function have not been performed after a patient has a tonsillectomy.

Caring for an Immune System Means Caring about Nutrition

As someone goes through their life, it is rare that they take care of their nutrition in an optimal manner. An optimal manner would mean that they regularly get tested to see if their vitamin and mineral levels are in the optimal (not normal) range.

For example, vitamin D is an immunomodulator in the body. Yet most medical doctors are only concerned that patients are not in the ‘normal’ range, 0-30 ng/dl. The problem with this thinking is that the optimum is 60-75 ng/dl, or even higher if someone is a previous cancer patient. What is happening between 30 and 75 ng/dl is disease and the vitamin not able to perform all its functions. 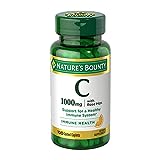 Another example is vitamin C. Have you ever gone to the doctor, and he said that he wanted to know your vitamin C status and ran a blood test? This rarely happens. What about vitamin A?

Most people have never had a vitamin A test. Similarly, they have never had a test for all the B vitamins, vitamin K (unless they are on anticoagulants), calcium, magnesium, boron, iodine, copper, zinc, chromium, vanadium, phosphorus, molybdenum, or selenium.

Every population study on nutritional status has always uncovered the fact that a high percentage of the population is deficient in the nutrient that was tested.

For example, years ago, iodine was found to be deficient in the soil around the Great Lakes region. There was an unusually high number of goiters – enlargement of the thyroid gland – that resulted. Public health officials then made the decision to add small amounts of iodine to salt and iodized salt was created and marketed.

Vitamin D population studies have also proven that up to 75% of the population is deficient in this immunomodulator nutrient. Yet it’s not added to any common foods other than milk.

This can only mean that the chances are high in this vitamin, and as a result, immune function will be low.

Medical Doctors Don’t Look at Nutrition Most of the TIme

Although nutrition science is a real branch of science, it is not embraced by the medical profession that often. And that is one of the major reasons why the elderly continue to get sick with tonsillitis, pneumonia, skin infections, and other types of infections. No one is testing them to see their nutritional status.

Regular lab tests test for other things in the body:

They do not test for underlying nutritional status, which sets the stage for all diseases. The whole field of epigenetics has reported repeatedly that if you get your diet and nutrition correct, the incidence of diseases such as diabetes, Parkinson’s disease, Alzheimer’s disease, high blood pressure, high cholesterol levels, and others will decrease remarkably.

Tonsillectomies used to be performed a lot in the past, but even Mayo Clinic reports that it is the type of surgery that is not performed much anymore.

Using nutrients when you get sick supports the body so that it can do its normal functions better. This is why it often works – and does so without side effects. The underlying immune system defects that weaken the body also make the body more susceptible to infection.

And when the immune system defects are strengthened by the critical nutrients needed for them to operate, then the infection clears up.

There’s nothing magical about this process. Progress is seen from start to finish, from the first time the nutrients are taken in high enough doses, and all along the way. If you are considering to get your tonsils removed, consider all the options.

Primary and Secondary Aging – How They Affect You