The webinar will cover strategies for implementing and sustaining evidence-based chronic disease self-management programs for Native American populations. It will offer valuable information for organizations that are just getting started, looking for ways to expand their programs’ reach, or wanting to learn more about sustaining their programs.

Public comments are due October 14 on a cross-setting post-acute care measure under the Improving Medicare Post-Acute Care Transformation Act of 2014 (IMPACT Act) to meet the domain of incidence of major falls, for application in home health. CMS seeks comments on:

Research has shown that there is a lag of many years between the beginning of changes in a patient’s brain and the onset of Alzheimer’s symptoms. Yet in the past, clinical trials examined Alzheimer’s patients when their symptoms had become clearly apparent, long after the changes in their brains had started. Some researchers have theorized that the greatest benefits will be available if a treatment can be developed for very early in the disease course, when people have the very first symptoms of Alzheimer’s—or even earlier.

For that reason, the development of drugs for the treatment of Alzheimer’s disease has increasingly focused on the stages before the onset of overt dementia. A 2013 FDA draft guidance responded to this development by discussing the design of clinical trials for drugs for Alzheimer’s patients who are still in the very early stages of the disease, when only subtle symptoms are present.

“There may be a window of opportunity to affect the disease before people experience symptoms,” says Eric Bastings, M.D., a neurologist and the deputy director of FDA’s Division of Neurology Products.

FDA’s draft guidance may help researchers design clinical trials for early stage Alzheimer’s therapies. The agency hopes that the guidance will serve as a focus for continued discussions among FDA, sponsors of new drugs, the academic community, and the public.

So called “Super-agers” have brains that look decades younger.

Researchers at Mass General Hospital, supported by the U.S. National Institute on Aging,  involved 17 individuals aged 60-80 with scores on memory tests that matched people 40 to 50 years younger. The study also included 23 people aged 60 to 80 who had normal scores or performed as expected on memory tests. Additionally, 41 younger adults, aged 18 to 35, were included in the study.

Dr. Bradford Dickerson, the study’s senior co-author, said, “We desperately need to understand how some older adults are able to function very well into their seventh, eight, and ninth decades.” Dickerson is director of the frontotemporal disorders unit in the MGH department of neurology.

The study was published Sept. 13 in The Journal of Neuroscience. 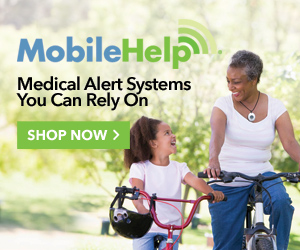